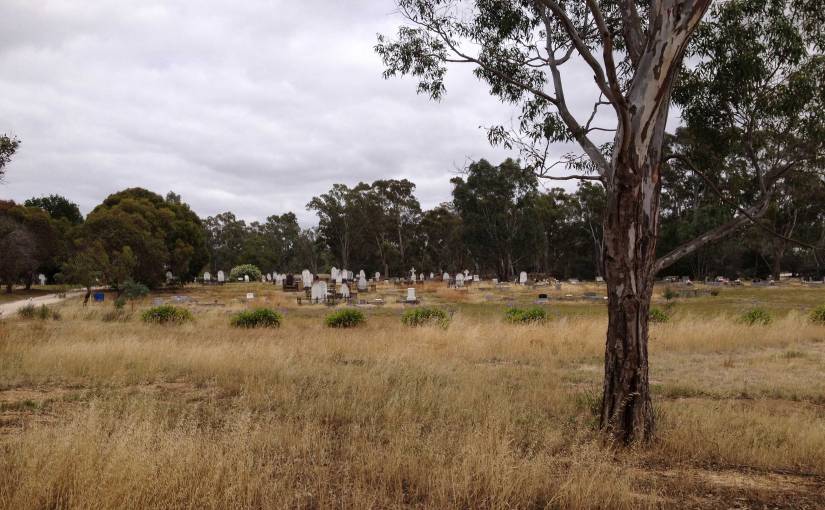 February 1926 was the height of bushfire season. It was a hot, dry month without any rainfall to speak of. A number of bush and grass fires had already been reported in the Amherst district. Far away in the south-east of the state bushfires raged through the Yarra Valley and Gippsland, reaching their climax on “Black Sunday” 14 February, when 31 people were killed.

Andy Duncan commenced duty as sexton the week before Black Sunday. Amherst was surrounded by tinder-dry bushland. The cemetery itself was overgrown, with dry eucalyptus leaves and pine needles crackling underfoot.

A fire broke out. With no-one to call for assistance, Andy contained the fire and put it out before any great damage was done. The Talbot Leader reported that Mr Duncan “really saved the place”.

Did Jane fight the fire alongside Andy? Or did she keep 3 year old Rene at a safe distance?