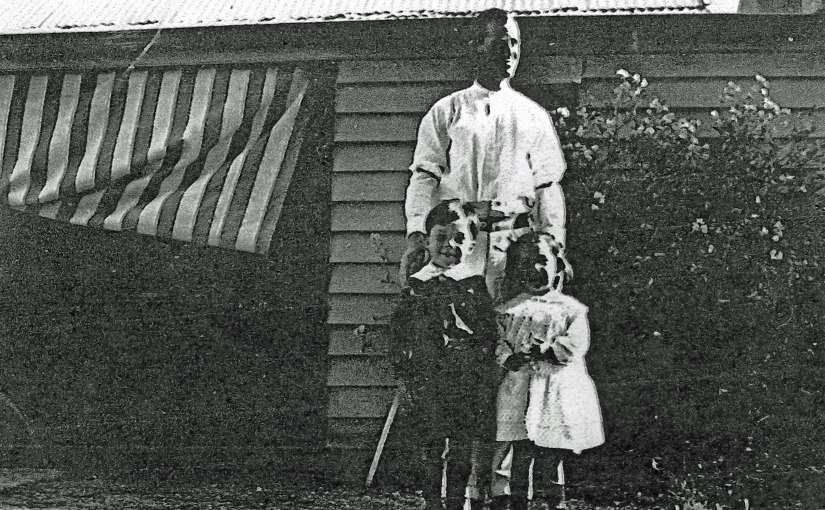 On 14 July 1919, the day before his 37th birthday, Andy was discharged from the Australian Army.

Andy and Jane had been married for 5 years but had spent barely 4 months as husband and wife. They must have been excited to restart their lives together. I imagine Jane was determined not to be separated from Andy again.

Jane brought Andy home to Beaufort, Victoria where he met her family probably for the first time.

No doubt Jane’s mother Elizabeth welcomed Andy into the family, but what did patriarch John Stewart think of his new son-in-law? Did John’s blunt manner cause tension?

The Stewart home was a small miner’s cottage – two bedrooms at the front, a kitchen-eating room behind and a verandah. There wasn’t much space to retreat from a tense situation. The kitchen was Elizabeth and Jane’s domain, the verandah was where John would sit and smoke his pipe. Where did Andy fit?

Andy was going through a difficult period, assimilating back into civilian life. He may have had bad dreams or flashbacks. He may have felt that there was no-one he could talk to about his experiences. But not only did he have to psychologically adjust, he had to find his place in the Stewart family.

Perhaps this is when Andy took on the chore of chopping wood for the fire and the stove. Next to the house was a substantial woodpile. Going out to the woodpile would have been a good way for Andy to get some time to himself and let off some steam, while also being a productive member of the family.

One thought on “Back to civilian life”